Unless you’ve been living under a rock, when reading about eCigs lately you’ll probably have seen the phrase 'nicotine salts' being used..... Maybe it's already in stock at your favourite online vape shop???

If you've seen them, then you've probably noticed that e-liquids containing the mysterious nicotine salts usually contain a lot more nicotine than standard eLiquids and that in general that they cost a good deal more too!

If it's got you thinking and wondering what these nicotine salts are and if they're better in some way, this piece will set the record straight once and for all and will allow you to make informed choices when you are shopping for your vape supplies.

So, What Are Nicotine Salts?

Nicotine is a salt in its natural state in a tobacco leaf.

During the process of extracting nicotine for use in an e-liquid or smoking cessation aid, ammonia is used as a solvent to maximise the yield of the nicotine during the extraction process. It raises the nicotine’s pH and converts it to a free base. Since ammonia is always used during nicotine extraction, every nicotine replacement product and therefore virtually every e-liquid, uses free base nicotine.

While free base nicotine is the standard, the vaping industry is a young one with plenty of room for innovation. In 2015, the vaping company Pax Labs were experimenting with different e-liquid formulations in their efforts to find a formulation that smokers would find more satisfying. The most successful of their experiments involved using a high-nicotine e-liquid containing benzoic acid with a low-wattage  device designed to operate at low temperatures. By adding benzoic acid to the e-liquid the pH was lowered and this also changed it from a free base back to its original salt form.

The Pax Labs study found that with the hardware and e-liquid combination the company would later use in its Juul e-cigarette, smokers achieved much higher blood-nicotine concentrations than they could with standard “cigalike” e-cigarettes. In fact, the blood-nicotine concentration was close to what it would be within a few minutes of having a tobacco cigarette. Perhaps unsurprisingly the Juul device quickly became the most popular small e-cigarette in use in the United States with millions sold. Vapers who didn’t use the Juul then began to ask their favourite e-liquid suppliers to produce nicotine salt Eliquids and today as a result savvy online retailers as well as your bricks and mortar vape shops are beginning to stock nicotine salt e-liquids. Even if you don’t use the Juul, you can still pick up a bottle to conduct your own experiment to find out whether nicotine salts are right for you.

What Are the Pros of Nicotine Salts?

As mentioned, Pax's studies suggested that when vaping with a Nic Salt eLiquid with a high concentration of nicotine,  the nicotine entered the users bloodstream more quickly and that there was a higher blood-nicotine peak achieved compared to another user vaping with standard eLiquid. Whether that’s true because of the nicotine salts or the high nicotine strength of the liquid is up for debate however, what is certain is that a great many people are crediting nicotine salts with keeping them away from tobacco products. This begs the question, how can you tell whether or not vaping nicotine salts is right for you?

If you’re a part-time vaper, someone who still smokes tobacco occasionally, then it’s probably safe to bet that you’re not completely satisfied with your current vaping set up. If this is you, it's definitely worth considering trying nicotine salts.

Millions of e-cigarette users have already had the opportunity to vape with nicotine salts. from this collaborative experience one common opinion has emerged; that is that people have found that they can inhale more nicotine without experiencing throat and lung 'irritation'. Throat hit – that feeling you get in the throat and chest when you inhale smoke or vapour with nicotine – is a sensation many people desire when vaping. However, for people who require higher nicotine strengths the throat hit of a standard e-liquid can become overwhelming spoiling pleasure.

If you are someone who has found it difficult to adapt to vaping because you can’t stand the throat irritation high-nicotine e-liquids can cause, nicotine salts can help by giving you the amount of nicotine you require without the irritation.

What are the Pro's of Vaping with Nicotine Salts

Eliquids with nicotine salts typically have high nicotine concentrations and so they’re right at home in smaller, lower-temperature e-cigarettes. While you won’t be winning any cloud chasing competitions you might enjoy the fact that the devices required for using nic salt eLiquid are much smaller. If you’ve upgraded to larger, more powerful e-cigarettes since you first started vaping, what was it that caused you to switch? Yes, being g able to blow those big clouds might be fun, but, let's face it, that’s probably not why you upgraded. You probably upgraded because your first e-cigarette didn’t really satisfy you enough. Would you still want to blow those huge clouds if a smaller, less cumbersome, sleek and less noticeable e-cigarette could satisfy you just as much as your current large mod? There are a great many Exhale customers who have been saddened by the lack of innovation in development of small ecigarettes who will be delighted at this latest advancement. 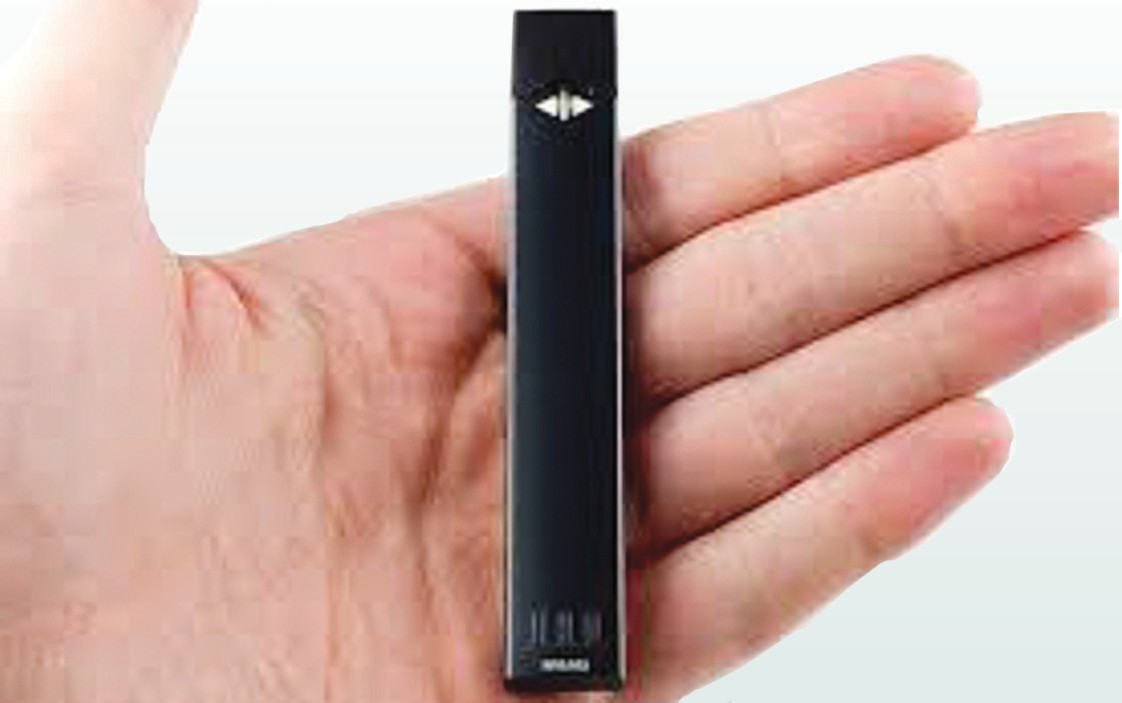 If the idea of more discreet vaping appeals to you then you're probably going to like using Nicotine Salts Eliquids.

Perhaps the best thing about e-liquids with nicotine salts is that they have the potential to reduce the cost of vaping. How? Well, Smaller and less powerful vaping devices produce smaller clouds because they use less e-liquid per puff. Therefore, if an e-liquid with nicotine salts helps you to feel more satisfied, you won’t need to puff as often and so will use less eLiquid which will drastically reduce the amount of e-liquid that you use each day. And that can translate to huge long-term savings.

What Are the Cons of Nicotine Salts?

Many people love their nicotine salts, but you’re not many people – you’re YOU.

You have your own preferences. Your body responds to nicotine in an individual way. You may decide you'd like to try out an e-liquid with nicotine salts but simply find that it makes you feel just about the same as your current e-liquid does. You may even find that you like nicotine salts less. Everyone is different. The good news is that you have nothing to lose by giving nicotine salts a go except the price! Speaking of which....

Vaping is a very subjective thing. Everyone has his or her favourite device, battery, tank brand and flavour of e-liquid. It likely that very few people in the world have exactly the same vaping setup as you do. There are studies and anecdotal reports suggesting that nicotine salts may increase the satisfaction derived from vaping, but you personally may not feel the same. That being said, as we've already commented, it really doesn’t cost too much to try a new e-liquid and frankly, you have almost nothing to lose if you do decide to give nicotine salts a try. At worst, you’re slightly out of pocket . At best, you might discover a new product that completely transforms your vaping experience. The potential reward is surely worth the risk of a few pounds!

Nicotine Salts Eliquids will be in store & available to buy at Exhale.

Triple 7 Vaping offers same-day shipping and charges no shipping fees for orders over $30.